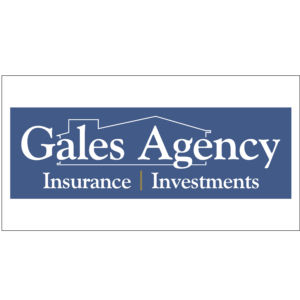 Gales Agency, Inc. is an independent insurance agency providing a full line of insurance products. We are based in Oceana County, in West Michigan, and have four convenient office locations in Hart, Shelby, Pentwater and Whitehall.

Newell Gale began the insurance business in 1932 on a part-time basis. In 1943, he bought the Pentwater Agency and in 1945 he bought the Palmiter Agency. Newell’s son, Harrison, began in the life insurance business after his discharge from the Army in 1946. In 1948 Newell Gale purchased the former Julia Joslin Agency from the Joslin Estate. Newell and Harrison formed a partnership in 1949 for the P&C business. Harrison formed his life insurance company separately.

In 1958, Newell’s son, Lyle, became a partner in the agency. A new building was bought in Hart and the Shelby building was completely remodeled. In 1962, the Shelby office building was sold to Shelby State Bank and a new office was constructed to the south.

August 1, 1963, Newell retired from the Agency, but remained president until 1973. In 1978 Tom Kronlein joined the Hart office and became the owner/manager of the Pentwater Agency in 1983. Pete Roskam joined the agency in 1982 and manages the Shelby office.

In 1989, the Shelby building was sold to Shelby State Bank and the agency purchased and moved into the Mini Mall.

Jim, Lyle’s son, joined the agency in 1991 and works out of the Hart office.

In 1994, a new building was built on State Street in Hart.

In 2001, the agency hired Dan Gale, Harrison’s son, to manage the Pentwater office. He moved here from Minnesota with over 25 years experience in the insurance industry.

In April, 2003, Lyle Gale retired as president of Gales Agency. He had been involved with the agency for over 45 years. Upon Lyle’s retirement Mishelle Comstock was named president. Lyle remains on the board of directors of the agency.

85 years of service to the community was celebrated by Gales Agency in August 2018.