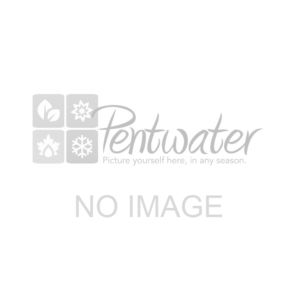 Monthly meetings are the 3rd Thursdays at 7:00pm.  Open to members and associate members.

Membership forms are available by contacting a member.

The Marine Corps League perpetuates the traditions and spirit of ALL Marines and Navy FMF Corpsmen, who proudly wear or who have worn the eagle, globe and anchor of the Corps. It takes great pride in crediting its founding in 1923 to World War I hero, then Major General Commandant John A. Lejeune. It takes equal pride in its Federal Charter, approved by An Act of the Seventy-Fifth Congress of the United States of America and signed and approved by President Franklin D. Roosevelt on August 4, 1937. The League is the only Federally Chartered Marine Corps related veterans organization in the country. Since its earliest days, the Marine Corps League has enjoyed the support and encouragement of the active duty and Reserve establishments of the U. S. Marine Corps. Today, the League boasts a membership of more than 76,000 men and women, officer and enlisted, active duty, Reserve Marines, honorably discharged Marine Veterans and qualified Navy FMF Corpsmen and is one of the few Veterans Organizations that experiences increases in its membership each year.

The Marine Corps League is headed by an elected National Commandant, with 14 elected National Staff Officers who serve as trustees. The National Board of Trustees coordinates the efforts of 49 department, or state, entities and the activities of over 1100 community-based detachments located throughout the United States and overseas. The day-to-day operations of the League are under the control of the National Executive Director with the responsibility for the management and direction of all programs, activities, and affairs of the Marine Corps League as well as supervising the National Headquarters staff.

The prime authority of the League is derived from its Congressional charter and from its annual National Convention held each August in different major U.S. cities throughout the nation. It is a not-for-profit organization within the provisions of the Internal Revenue Service Code 501(c) (4), with a special group exemption letter which allows for contributions to the Marine Corps League, its Auxiliary and subsidiary units, to be tax deductible by the donor.

PROGRAMS OF THE MARINE CORPS LEAGUE

The League developed and administers a program that provides a physical fitness regimen that promotes a healthy, drug free life style for elementary and high school students.

A youth program emphasizing honesty, courage, respect, industry, loyalty, dependability, and a sense of devotion to God, country, community and family. The Young Marines program receives funding from Congress and the United States Marine Corps primarily because of their drug interdiction focus on drug education and prevention.

The Marine Corps League is a member of The Military Coalition and participates in National and State legislative issues that affect military readiness, benefits and entitlements of active duty personnel as well as Veterans Benefits programs effecting former and retired Marines.

The National Headquarters retains a full-time staff member who assists veterans in adjudicating claims against the government as a result of active duty service. Claims are processed through the Department of Veterans Affairs or other appropriate agencies of the federal government.

The Marine Corps League Auxiliary was chartered on September 4, 1937 as a subsidiary organization of the Marine Corps League. The Auxiliary was formed: To Preserve the traditions and promote the interests of the United States Marine Corps; To maintain true allegiance to American institutions; To hold sacred the history and memory of the men and women who have given their lives to this Nation; To perpetuate the history of the United States Marine Corps and by fitting acts, to observe the anniversaries of historical occasions of particular interest to Marines; To create a bond of comradeship between the Auxiliary and the Marine Corps League; To aid voluntarily and to render assistance to all Marines and former Marines as well as to their families; To help decorate the graves of all deceased Marines whenever and wherever possible.

The fun and honor society of the Marine Corps League.

Members find the Marine Corps League’s National Convention an opportunity to be a part of the decision making process, attend the several training classes offered at Convention, learn more about the operation and functions of the League as well as ideal vacation venues for themselves and family members. Held in a different city each year, many families attend year after year and particularly enjoy the many planned activities and tours related to these get-togethers. Members find the camaraderie offers them the chance to meet new people and renew old friendships. Attendance at National Conventions has grown to an average of between 800 and 1500 members and their families.

The League participates in patriotic functions such as the National Memorial Day Parade and the National 4th of July Parade in Washington as well as countless statewide and community parades around the country. We provide representation to the U.S. Congress in legislative matters affecting the United States Marine Corps, national security and veteran’s benefits through our National Legislative Committee. Most importantly, Marine Corps League Detachments are actively involved in Community based programs throughout the country.